The region of Kashmir is one of the most beautiful places on earth, bordered by snow-capped mountains and glistening lakes. The rugged Pir Panjal and Great Himalayan mountain ranges encircle this Indian state. Due to the many magnificent sites there, Kashmir is usually referred to as India’s Switzerland. The area is gifted with the most beautiful landscapes that are worth viewing. There are several locations in the state that tourists shouldn’t skip if they want to see nature’s splendour at its finest.

Kerala is among the most popular destinations for tourists in India because of its diverse landscape, which includes spice farms, calm backwaters, and lush green tea plantations. In a state with a variety of landscapes, from chilly hills to balmy sea beaches, Kerala is a sight to behold. For anyone visiting this idyllic tropical location, the following locations are a “must-see.”

Alleppey – The famed Keralan backwaters, often known as Alleppey or Alappuzha, are its main draw. The backwaters are a system of saltwater lakes, rivers, and canals that run through half of Kerala state. The “Kettuvallams” or houseboats, which offer amenities such as a taste of traditional Kerala cuisine, allow one to cruise through the backwaters while taking in its distinctive atmosphere. There are a number of beautiful temples and churches for other curious tourists, which enhance Alleppey’s scenic appeal.

Kochi – Kerala’s cultural and commercial capital is Kochi. It is a centre for tourism and draws tourists from all over the world. In Kochi, there are many sights to feast your eyes upon, such as Chinese fishing nets and exotic spice gardens. This city is a synthesis of diverse civilizations that continue to this day. Every nook and cranny of Kochi has a surprise waiting to be found.

Thekkady – The well-known Periyar Wildlife Sanctuary is located in Thekkady. You can go on an elephant safari into the jungle, witness the elephants as they roam the sanctuary, or explore the lush green trees. You can also enjoy a boat tour of Periyar Lake. For those who enjoy wildlife and want to relax in the misty Nilgiris highlands, Periyar is the ideal hideaway.

Munnar – One of Kerala’s most picturesque tourist destinations in Munnar. Munnar, which is located on the Western Ghats, is undoubtedly one of the Indian subcontinent’s top tea producers. Your mind and soul will be refreshed by the vista of Munnar’s undulating hills as they brush the clouds. Munnar is a distinctive escape from city life because it is bordered by a small section of the Arabian Sea and The Western Ghats on the other side. Munnar has everything, including beautiful waterfalls, palm-fringed backwaters, misty highlands, sunny beaches, and gushing streams.

Thrissur – Due to its historical emphasis on spirituality, culture, and religion, Thrissur, which was once the capital of the Kingdom of Kochin, is today regarded as Kerala’s cultural centre. One can explore a variety of stunning temples and churches, which come alive during the city’s festive season. When visiting Thrissur on your Kerala Tour, you must eat the city’s specialty, the mouthwatering Vellayappam, a type of rice hopper. 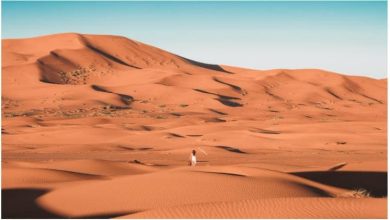 Scenic Morocco In Movies: Places You Should Visit