Edibles come in many forms, from gummies to brownies to chocolate bars. If you are new to edibles, there are a few things you should know before diving in headfirst:

There is a huge range of doses. Some people like eating 5 milligrams at a time — others prefer 500 milligrams or more. You won’t know how much you like until you try it.

They take time to kick in. Edible effects can be felt anywhere between 20 minutes and two hours after ingestion, so start slow (5-10mg), wait two hours, then make your next move.

You can’t estimate dose by looking at the size of the edible…. Dosing is extremely difficult and inexact with edibles.

You might not feel anything for a while… most people (even experienced ones) don’t feel their first edible for 30 minutes to 2 hours depending on what they last ate and their metabolism. Don’t eat more because you think it’s not working!

Wait at least 2 hours before eating more… It can take longer than an hour for your liver to convert THC into 11-hydroxy.

You’re probably well aware that edibles are a great way to enjoy the benefits of cannabis without having to smoke. However, when you take in cannabis through the digestive tract, a completely different set of rules apply.

Eating an edible can be likened to taking a few shots of liquor. If you’re not used to drinking hard alcohol, you’ll likely feel quite drunk after one drink. If you’re used to drinking hard alcohol all the time, however, one shot probably won’t do much for you. The same goes for cannabis edibles; if you don’t consume them regularly and aren’t used to them, they can have a very strong effect on you.

Marijuana edibles, for the uninitiated, are food products that contain marijuana. The most common edibles are sweet treats like cookies and brownies, but they can be as simple as a cracker and peanut butter or as fancy as a filet mignon.

But edibles are different from smoking or vaporizing cannabis in a few important ways. First, it takes longer to feel the effects after consuming an edible than it does after smoking or vaping cannabis. That’s because when you eat weed the cannabinoids—the chemicals that make you high—have to travel through your digestive system and get processed by your liver before entering your bloodstream. Smoking or vaping gets cannabinoids into your bloodstream faster and with more potency. The second important difference is that the effects of edibles last longer than inhaled cannabis.

The following is a list of tips for consuming cannabis edibles. None of these tips should replace basic common sense. If you’ve never had an edible before, the best advice is to start low and go slow.

Start low, go slow: It’s always better to have too little than too much. The effects of edibles can be unpredictable and last longer than smoking or vaping. Wait at least 2 hours or more after eating an edible to feel the full effects before taking more.

Eat your regular meal before eating an edible so you’re not hungry while waiting for the effects to kick in.

If you are cooking with cannabis, decarboxylate your cannabis first by baking it in the oven at 220 degrees Fahrenheit for 30 minutes before cooking.

Marijuana edibles are a discreet and convenient way to consume cannabis, particularly for those who cannot tolerate smoke. But eating marijuana is not without risks, especially if you are new to the game.

Here are a few tips on how to have a safer, more enjoyable experience.

A study by the Colorado Department of Public Health and Environment looked at hospitalizations between 2014 and 2016, after marijuana was legalized in the state. It found that the number of cases in which edibles were a factor increased from 9% to 13%. The study also found that people admitted to the emergency room for cannabis exposure were much more likely to have eaten edibles than smoked pot.

The risks associated with edibles are dose-dependent, meaning it’s more dangerous to take a large amount of THC at once than a small amount. In Colorado, 10 milligrams is the maximum dose per serving allowed for recreational marijuana products.

“If you haven’t tried any cannabis before, don’t eat an entire edible,” said Dr. Nora Volkow, director of the National Institute on Drug Abuse. “Start with a very low dose.”

Part of the problem with edibles is that they’re hard to identify as marijuana products. They can look like regular foods, such as brownies or cookies. In Colorado and other states where cannabis is legal, marijuana-infused foods must be marked with a diamond shape containing the letters THC. But there’s no way to know how much THC each part of a brownie contains, and eating too much can be risky.”

Cannabis is now legal in Canada and a few other places, but for decades it was illegal everywhere. So people who used to get high from cannabis had to take a lot of risks. They had to smuggle it into the country, or grow it themselves, and they risked arrest if they got caught with it. If they didn’t want to smoke it (which meant they were thinking ahead and were prepared to buy some hash instead), they had to bake it into cookies or make brownies. If that sounds risky, it was even more risky if you made the mistake of eating the brownies with your friends.

The most popular way of getting high before legalization was to eat THC Edibles – cannabis-infused food products like brownies, cookies, candy bars and drinks like sodas, Tang and wine coolers. These have been around for years – in the 1970s you could buy Tastykake brownies or Hershey’s chocolate bars infused with cannabis – but until recently there were very few THC-infused foods on the market.

Until last year when companies started making THC-infused “edible” products like gummy candies and drinks for kids, everything you knew about edibles came from movies like Woody Allen’s “Sle.

When should you hire an accident attorney for a car accident? 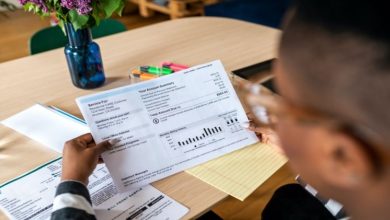 Best Ways to Save Power and Reduce Energy Bills 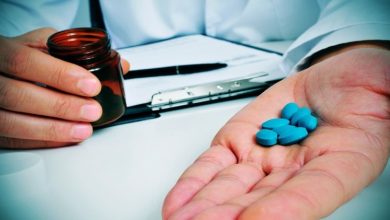