The Buffalo Bills, the Kansas City Chiefs, and the Philadelphia Eagles are three of the betting favorites to win Super Bowl LVII on BETUS. Super Bowl LVII will be played at Glendale, Arizona, on Sunday, February 12. There are some teams that have lower odds that are serious contenders to be Super Bowl teams as well.

The Super Bowl odds are changing on a week-to-week basis with the results of wins and losses. What are some lower-odd teams that can win the Super Bowl this season?

The Dallas Cowboys have decent odds of reaching Super Bowl LVII. Dallas would be a good bet to win the Super Bowl for a few good reasons. The first reason is that they have one of the best defenses in the entire NFL. Dan Quinn is an excellent defensive coordinator. Micah Parsons, Demarcus Lawrence, and Trevon Diggs are the catalysts on this defense.

They can always make a game-changing play when it is needed the most. Dallas has an elite running game with Ezekiel Elliott and Tony Pollard in the backfield. The biggest question for them this season will not be head coach Mike McCarthy. It is going to be quarterback Dak Prescott.

He is coming back from an injury for the Dallas Cowboys, and Cooper Rush went 4-1 as the starter. The quarterback position will be the biggest question for them. CeeDee Lamb is the top receiving target, and so is the tight end, Dalton Schultz.

The Cincinnati Bengals just won the AFC title a season ago, and it appears as if their offense is finally clicking. They have reasonable Super Bowl LVII odds of winning it. Quarterback Joe Burrow and wide receiver Ja’Marr Chase are starting to get on point with their connection in the passing game. Running back Joe Mixon is one of the best in the NFL, and he is also very underrated as well.

Head coach Zac Taylor has finally gotten it together this season. Their defense hasn’t given up a touchdown in the second half of games in the first seven games of their 2022 regular season. Cincinnati’s defensive coordinator is Lou Anarumo.

Trey Hendrickson is their best pass rusher and player on that side of the football. They may have to win the NFC North to make it to the playoffs because the Cincinnati Bengals may not have the necessary tiebreakers to be a wild-card team in the AFC.

Miami’s head coach is Mike McDaniel. The Dolphins could very well be a very dangerous wild-card team in the AFC. Miami is going to be a tough out in the playoffs and could be one of those dark horse teams to make a Super Bowl run and win it all.

They also have a very underrated defense led by Xavien Howard on the back end. Their defensive coordinator is Josh Boyer.

The Tennessee Titans have very low odds of winning Super Bowl LVII despite the fact they are most likely going to win the AFC South for the third consecutive season. Tennessee has the talent to make a run, but their offense is a major problem. They don’t have a playmaker since wide receiver A.J. Brown was traded to the Philadelphia Eagles. Rookie wide receiver Treylon Burks is injured.

It is just quarterback Ryan Tannehill throwing to a bunch of random dudes and running back Derrick Henry running the football effectively. Their head coach is Mike Vrabel. Jeffrey Simmons, Kevin Byard, and Bud Dupree are the anchors on Tennessee’s defense. Their defensive coordinator is Shane Bowen. The Tennessee Titans were just the number one seed in the AFC a season ago.

What should you consider about online casinos of Korea? 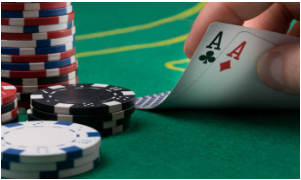 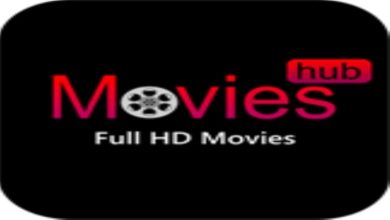